This page is my "blog".
It's just a place to leave some thoughts and things that are going on. Some will be about software, some about humans and some about both. I'll try not to post about the brand of my new toothbrush unless it's really important :-)
the latest entries:
The seven habits of highly effective people
The Mom test
Der letzte Weynfeldt
Google-free Android on Fairphone, again
Other minds
Risiko
The Why-are-you-here Cafe
Herbstmilch
Mit brennender Geduld
09 Jul 2013
Emergent bike path: Cyclists show what they want, City of Amsterdam listens

On the way to the offices I work in, the bike path layout had a flaw: To reach Science Park (coming from Amsterdam center), one had to take a little detour. In the situation shown on the picture below, you had to follow the path on the left for about 200 meters and then turn right, in order to continue on the street in the background (here is the view from above). The more direct way, right down the hill, has been an emerging bike path for the better part of a year. It is now becoming an official bike path, as the picture shows (I took it only a couple of days ago). 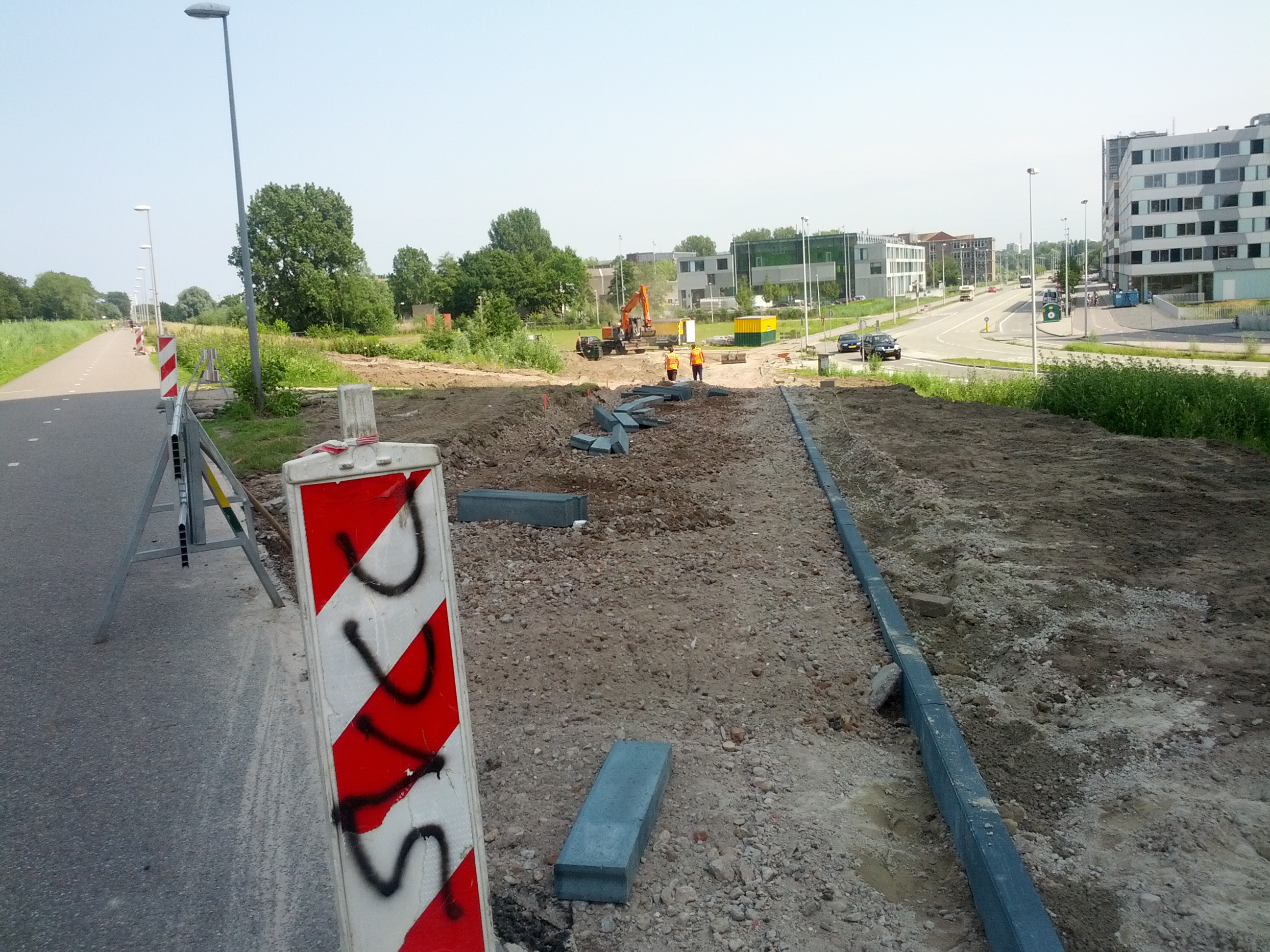 While it was emerging, the path was muddy, and (especially on rainy days) quite difficult to manage, both down- and upwards. I spoke to some of my colleagues and everyone wanted to take this route, but until now only the young males felt confident enough on their bikes to do it.

Why did everyone feel strongly about taking this route instead of the slightly longer one? There is an emotional cost to pay for being forced to take a longer route, even if it is only slightly longer. Does this emotional cost justify the effort of building this new bike path? I'm not sure, but I sure can say that the city of Amsterdam has a bike path management that pays attention.

A rather famous example (at least in the scientific research community on emergent human patterns) of such an expression by users that their intent differs strongly from the planners' design is this (from an article by Helbig et al from 1997):

I'm not sure if the University of Stuttgart reacted to this, though, back in 1997. I tried to find that place on satellite images, but with no success. They probably redesigned it completely. Just as our emergent bike path, this one is, admittedly, not pretty to look at. However, the response from system planners can be quite different, apparently.

#
You are seeing a selection of all entries on this page. See all there are.