Here I collect all sort of stuff that might be of use to someone: code, texts, presentations, tutorials. Take it if you want :-)
the latest entries:
The seven habits of highly effective people
The Mom test
Der letzte Weynfeldt
Google-free Android on Fairphone, again
Other minds
Risiko
The Why-are-you-here Cafe
Herbstmilch
Mit brennender Geduld
Particle Swarm Optimization in Python
This script is an implementation of the Particle Swarm Optimization (PSO) algorithm in Python. It's suitable to run experiments on PSO, adjust configuration on the way and with little effort produce graphs like in the picture below. 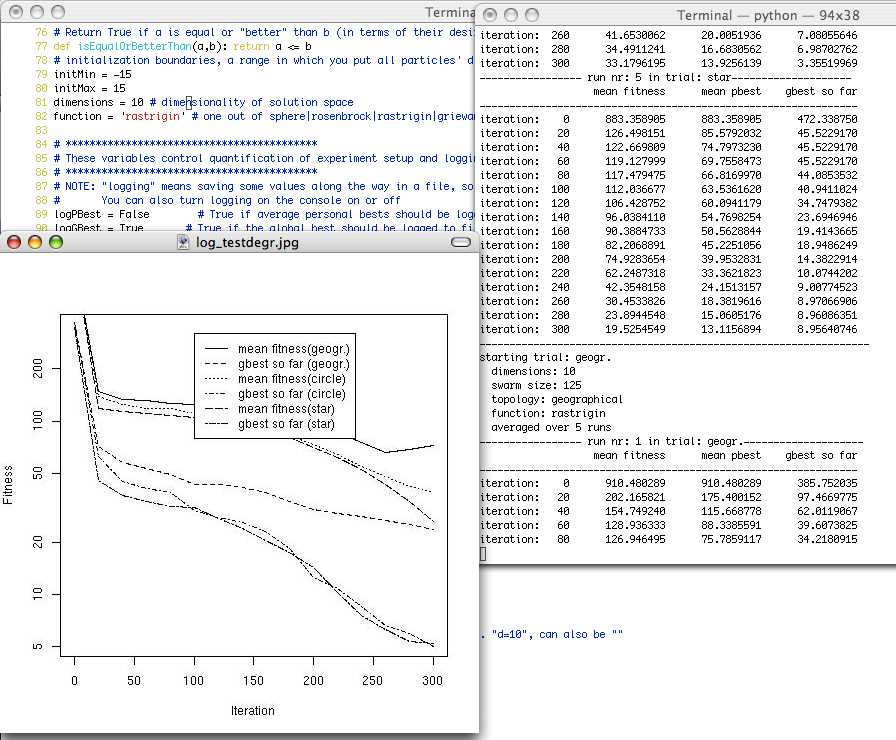 Here is a basic list of features to play with. For example:
- Several topologies (circle, star and geographical neighborhood)
- Some standard functions to test on (sphere,griewank,rastrigin,rosenbrock)
- Logging capabilities (to csv format, even code to plot graphs with that data in GNU R can be produced)
- Experiment setups. Average over many iterations and/or automatically change conditions of your choice and let several trials run while you get a fresh cup of coffee :-)

To use it, open a Python session and type:
$ import pso
$ pso.run()

I have the code over at Google Code.
You are seeing a selection of all entries on this page. See all there are.